First century BC
● Most of the information about Kharavel is derived from the Hathigumpha inscription at Udayagiri near Bhubaneswar. According to these inscriptions, Kharavel was one of the heroic kings of the region. He invaded the Satavahana Empire and captured its territories.
● Kharavel was skilled in music and dance. He was also a great builder. He had repaired Kalinganagari, which was destroyed by a cyclone. He was a devout Jain and also showed tolerance towards other religious beliefs.

Muranda dynasty
● The Murandas were possibly a foreign tribe. They entered India
The Kushans. Thirteen kings of this dynasty ruled India for nearly 200 years.
● There is a stone inscription called Bhadraka of Maharaja Ganabhadra. According to some historians, this indicates that Muranda ruled Odisha for many years.

Gupta Dynasty
● The Gupta dynasty existed from the middle of the third century to 590 AD. This dynasty was founded by Mr. Gupta. Around 350 AD. Samudragupta led his South Indian campaigns. Kalinga was then divided into four princely states, viz. Kottura (modern Kathur), Erandapalla (modern Erandapalli), Devarashtra (Yellamachili) and Pishtapura (Pithapuram).
● The Allahabad Pillar inscription mentions that Samudragupta defeated Mahendragiri of Pushtapura, Swamadatta of Kottura, Daman of Erandapalla and Kote of Devarashtra. Soon after Samudragupta’s military campaign, the Matharas came to power in the Bastar-Koraput and Kalahandi regions in and around Mahendragiri in the coastal region of Odisha.

Sub-regional states during the Gupta period

In the Gupta period small states emerged around the coastal areas and other areas of Kalinga. They are described below:

Matharas
● The Mathra dynasty ruled the Kalinga region during the 4th and 5th centuries.
● His territory included the area between the present Ganjam district of Odisha and Sri Kakulam district of Andhra Pradesh.
● Vardhmanpura was the capital of the monasteries.
● Mathara was a devotee of King Narayana (Vishnu). Visakhavarman was the founder of the Mathara dynasty.
● His rule provided a sound administrative system established in the Kalinga region. He divided the state into regional units like Panchali, Bhoga and Vishava.
● Mathas patronized Sanskrit literature. Mathara era witnessed decline
Buddhism and Jainism in the region.
● During this period, the people of Kalinga were doing maritime trade with South-East Asian countries. Dantapur (modern Palur), the great city port, was located in the region of Matharas.
● The important rulers of this dynasty were Visakhavarman (350–360AD), Umavarman (360–395AD), Shaktivarman (400–420AD), Anant Shaktivarman (420–450AD) and Prabhanjanjanam (450–480AD).
● Umaavarman proclaimed himself Lord of Kalinga and established a strong empire. Shaktivarman was another great ruler who expanded his territories from the Mahanadi to the Krishna River. He shifted his capital from Simhapura to Pishtpura.

Nala Dynasty
● The Nala dynasty established a kingdom in the Trikalinga region which included the modern districts of Koraput and Kalahandi. Nala was the capital of the state in the Kingdom of Bridges.
● Vrishdhwaj was the founder of this dynasty in 400 AD. Other important rulers were Varaharaj (420-440 AD), Bhavadatta Varman Arthapatiraja and Skandavarman (last ruler). Vaishnavism was revived during this period.

Parvatdwarka
● In the ancient history of Odisha, the dynasty of Parvatdwaraks is the lesser known dynasty.
● In the late 5th century AD, this dynasty appeared in the Belakhandi Narla region of Kalahandi.
● Parvatdwaraka was the capital of this dynasty. The important rulers are Nandraj and
Tastikara.

Meghabahan
● In the middle of the sixth century AD, the Meghas came to the Kosala region. Having been defeated by the Satavahanas in the second century, the Mahameghvans established their empire at Kosala.
● They became popular as the Meghons and ruled South Kosala which included modern Raipur and Bilaspur districts of Madhya Pradesh and the undivided districts of Sambalpur, Sundargarh and Balangir districts of Odisha.
● The Puranas gave information about the nine Megh kings of South Kosala who ruled successively until the invasion of Samudragupta. The last ruler of this dynasty was Mahendra Megha.

Vindhyas (Nagas)
● The Nagas ruled Vindhyatvi in ​​the 4th century AD which included the present Keonjhar and Dhenkan districts.
● It is described in the Asanpat inscription that a Naga king named Satubhanja defeated the Devaputras who were Kushans and Murundas.
● Another king of this dynasty was Maharaja Sri Disbhanja as revealed by an inscription in a cave near Sitabhinji.

Sarabhpuria
● The founder of this dynasty was Sarbharaj (500-525 AD). The Sarabhapuris established their kingdom over South Kosala in about the 5th century AD. Sarabhapura was the capital of Sarabhapuris.
● Sarbharaj was succeeded by his son Maharaja Narendra (525-555 AD). He was an independent ruler and was famous for his regional system.
● Other important rulers were Jayaraja, Suryadevaraja-I, Vyaghraja, Durgaraja and Surdevaraja-II (Last Ruler). 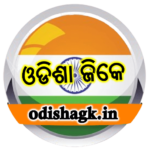