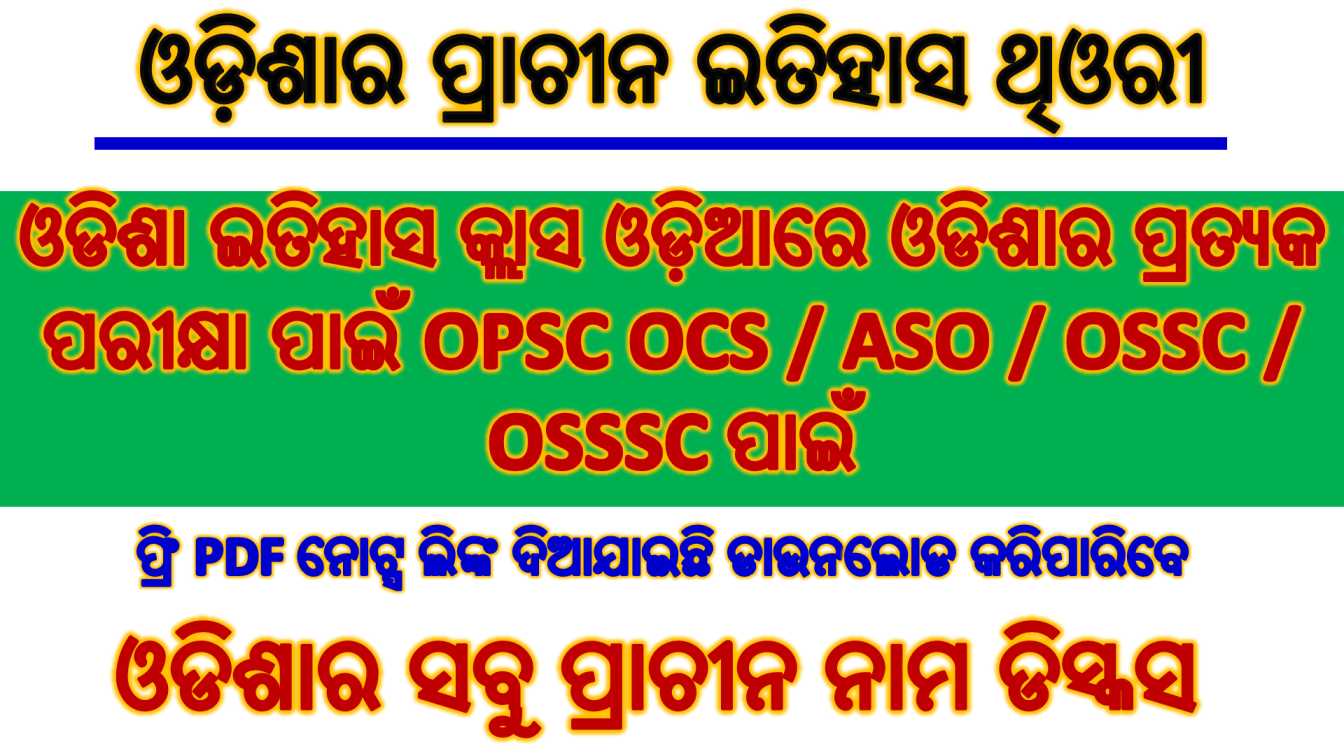 Dear Student, Here we cover ancient history of odisha notes which help to your all odisha competitive Exam So Read The Article Carefully and start your prepairtaion with us.

(i) The name Odia is derived from the Odra or Udra tribes who inhabit the central coastal region (Khurda district and Nayagarh district) of modern Odisha. Udra is the pre-historic name of Odisha while Odisha is the modern name of the ancient Kalinga kingdom.

(ii) Orissa or Odra Desa, Udr, Kalinga as it was called in ancient times has a rich history where several strong dynasties emerged. Human history in Odisha dates back to the Lower Paleolithic era as several archaeological sources have been excavated from different regions of Odisha.

(iii) Political history begins with the rule of the Nandas. The Nandas ruled Magadha and were among the first to integrate Kalinga into their empire in 350 BCE.

(iv) The Maurya dynasty under Emperor Ashoka fought the famous Kalinga war in 260 BC. This war changed Ashoka. This was followed by the Chedi dynasty in about 100 BC, followed by the Muranda dynasty.

(vi) Some of the states that emerged after the Gupta period were Viragraha, Mudgal and Mandal states. The Salodbhava dynasty emerged in 553 AD and continued for about 130 years. After this, the Bhaum-kar dynasty was established in the first half of the 8th century AD. There were many women rulers in it.

(vii) The Somvanshi dynasty was established in the middle of the 10th century and continued its rule for 300 years. It is the last dynasty formed in ancient Odisha, which was followed by the era of medieval kingdoms. 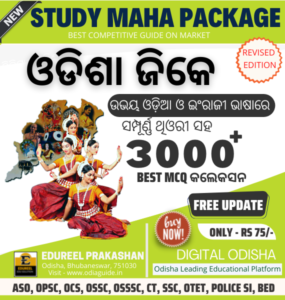